Who’s to Blame for Media Misquotes … You or Them? 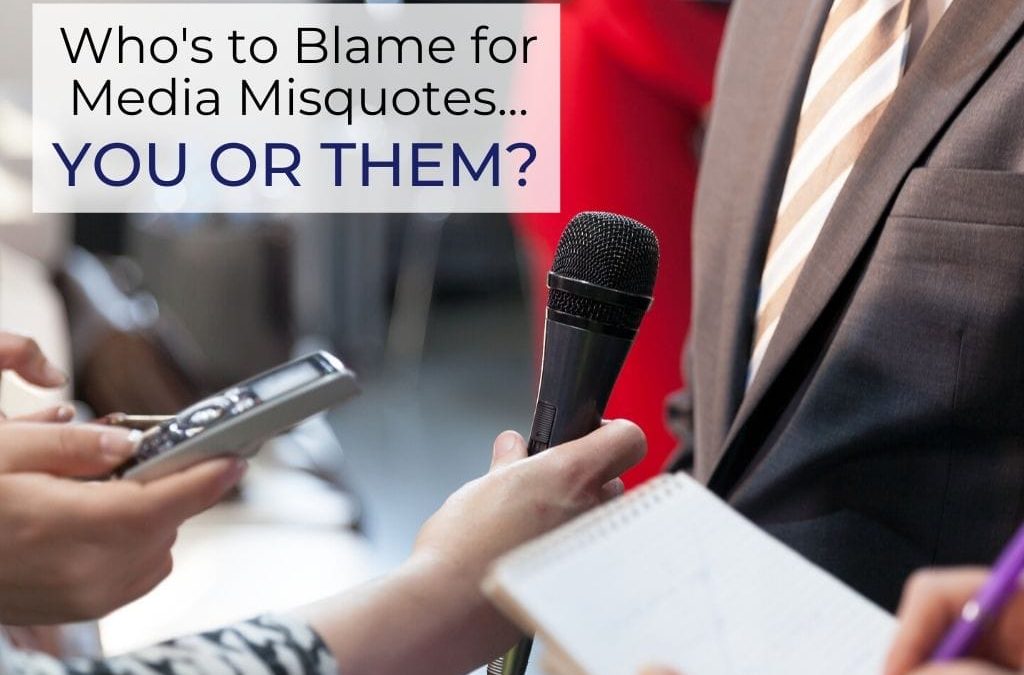 When coaching clients on how to work with media, Karl James and Company starts by asking for each participant’s greatest fear. Inevitably, the majority say being misquoted or taken out of context. Who could forget this recent boondoggle by Arkansas Senator Mark Pryor.

Of course, most of the blame for being misquoted is placed squarely on the shoulders of the reporter. Rarely, if ever, do we look inward for the source of disconnects between what we say, what the reporter captures and how the reporter transfers that knowledge into a story. But most of us would benefit from such introspection prior to launching into a public relations campaign.

More than likely our responses to reporter questions are too long, too convoluted and too sprawling in scope. This allows the reporter to determine what information is important, why it is important and how it should be used in the story. In this scenario, the likelihood is next to nil that public relations messages you want conveyed will appear in the story.

To combat the crap-shoot nature of this approach, we must coach reporters on what is important, why particular insights are germane to the story and how to use those elements. Coaching creates a framework for receiving the information. This increases the likelihood your comments remain in the intended context during public relations efforts.

Coaching, however, requires preparation for each media engagement. Unfortunately, people frequently throw caution to the wind and wing it. This decision often results from arrogance, time constraints and, sometimes, laziness. The displeasure of an inaccurate or incomplete story typically changes how or whether people prepare for media interviews in future public relations campaigns, however. Some tips follow to enhance your coaching ability:

Now that we are prepared to create some context for reporters, we must turn our attention to ensuring the accuracy of the statements we make during interviews. Some public relations tips to improve accurate reporting by increasing reporter retention:

Finally, we must prepare to make what we say impactful. Consider the reporter and the audience receiving the information when determining how to make your comments memorable, which translates to you being quotable. Use words that trigger reporters to take note during public relations outreach. When you preface a statement, for example, by saying, “These points deserve emphasis,” people instinctively pick up a pen and take note. For other triggers to greater retention of your messages, I offer insights contained in the book “Made to Stick.” In this book, researchers Chip and Dan Heath powerfully portray why some ideas stick, and some don’t. They reduce “stickiness” into the acronym SUCCESS.